5 Reasons why ‘The Ghazi Attack’ is a complete FLOP

**SPOILER ALERT: Recommend you read this after watching the movie.

Premise: The Movie’s got more holes in it, than the PNS Ghazi itself.

Hollywood has been making movies like #TheGhaziAttack for years and their acute attention to detail is commendable. Whether it’s A Few Good Men, K19: The Widowmaker or The Hunt for Red October, every single aspect of the movie, the insignia in the movie, the casting, the locations and the equipment is well researched and sought after.

The maker of this movie comes across as a juvenile delinquent with absolutely no concept of detail. All he needed to do was depute the ‘military detailing’ to a real military professional and he would have had a fairly well done film as opposed to what can only be described as a piece of, for the want of a better word, excrement. Let’s begin with the most stark mistake.

1. #WrongRank – Kay Kay Menon is NOT a Captain 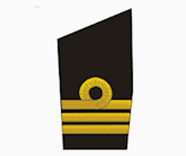 an Vijay Singh is NOT a Captain, he’s a Commander. You can sugar coat it any way you want, perhaps even say you intentionally called him Captain so that the Indian audience would connect with the character better, but he still is NOT a Captain. The insignia pictured on the right and on Kay Kay’s shoulder is that of a Commander.

I cannot think of a more inexcusable mistake the Director of a military (war) movie can make. One has to make a clarification here. Yes, he is Captain of the boat, no doubts there, it says Captain on his chest (which is correct) like it says XO (Executive Officer) on Atul Kulkarni’s chest, however, these are their ‘designations’ not their ‘ranks.’ You cannot have Admirals in the movie referring to him as ‘Captain Ran Vijay Singh.’ Despite his being Skipper of the boat, they will still refer to him as Commander (Cdr.) Ran Vijay Singh.

The makers of the movie went and made it even worse when they referred to the Pakistani skipper (Captain) as Commander, his correct rank. What sense does that even make?

I’ve been a professional Pilot for close to 8 years. In all my 8 years I have never seen a submarine go faster than an airplane. This director’s submarine seems to travel at close to twice the speed of sound when they use a course plotting chart and mark crosses on it every few seconds while closing in on the enemy. Anybody with 4 minutes of map reading experience can tell the crosses being marked are spaced hundreds of miles away just over a few seconds.

This just goes to show the utterly casual attitude of the film makers. Selling absolute garbage to a not so well informed average movie buff. Is that fair?

3. An apartment building security guard #Salutes better than the 3 main actors in this movie

The NAVY salute is simple, and more or less the same all over the world and has been the same for decades! The palm faces the floor (deck) and the longest finger touches the brow. It’s that simple! Yet, despite the fact that the makers of this movie intended it to be a full fledged submarine warfare thriller, not one of the senior officers got their salutes right. All we see is bullet fast salutes (wrongly positioned palms), kicking of the feet (like Nazi officers), the less said the better. Utterly disgraceful.

Right in the beginning of the movie, we hear Cdr. Ran Vijay Singh (Kay Kay) ask an admiral a rather ludicrous question. Translated it reads, “And if the enemy were to show up in front of me, I am to wait for your orders?”

YES GENIUS ! We are not at war, unless you want to start one?!

What are the film makers implying here? That the Indian Navy has a bunch of trigger happy commanding officers who need to confirm before they leave for a reconnaissance mission that they are in fact, NOT allowed to just sink a Pakistani vessel for the fun of it?

The makers of the movie have their concepts all wrong. No matter how tense the situation, all the civilized armed forces of the world are expected (and trained) to follow orders. It’s that simple. In the off chance that an officer like Cdr. Ran Vijay Singh shows up in the Indian Navy, he would be subject to strict orientation and ‘mental course correction’ for his comments and attitude. He would more likely be discharged from the Navy or have his career severely stunted before ever being handed command of his own submarine!

5. Arjun swims into a flooded compartment, defying all laws of physics and fluid dynamics

This one’s my favorite. Arjun (Rana) is a Lt. Cdr. aboard the boat. Towards the end of the movie, he gallantly volunteers to swim into a flooded compartment. ‘Flooded Compartment’ simply put, is a part of the boat with a hole in it. When this happens, you isolate it by shutting and locking the water tight hatch between the flooded compartment and you that keeps the water from getting into the rest of the boat.

So, Lt. Cdr. Arjun (Rana) volunteers to swim in. How they do it is amazing and left me rolling on the floor. They open the hatch and the water begins to gush in! Let’s not forget this is hundreds of pounds of force (moving, gushing water) coming out of a hole in the wall just around 4 feet in diameter. But the superhero Arjun manages to simply step into the compartment against hundreds of pounds of force of the water (which should technically thrust him 10 feet across the dry room till he hits a wall and dies of massive internal bleeding) and gets into the compartment. Then the 2 ‘even stronger superhero’ sailors manage to close the hatch with their bare hands! And lock it. Again!

And then, to make things worse, after Arjun is done with his job and stopped breathing inside the water filled compartment, the way they bring him out is simply open the hatch, wait for the water to gush out of the compartment thereby carrying the aforementioned ‘superhero’ out with it.

There’s plenty more to say about this movie. The bottom line is, while loosely stitching together a bunch of events that culminates in India winning a battle maybe a quick, profitable way to making cinema it has zero, perhaps negative standing in the international market. If Indian movie makers like this one want to make ‘The Ghazi Attack’ in the name of a war thriller, they’d much rather stick to ‘heroines dancing around trees’ with the majestic North East in the backdrop. That kind of cinema, is less ‘brain-dead’ than this one.

Want to know why Kashmir is an integral part of India? CLICK HERE or the image below.