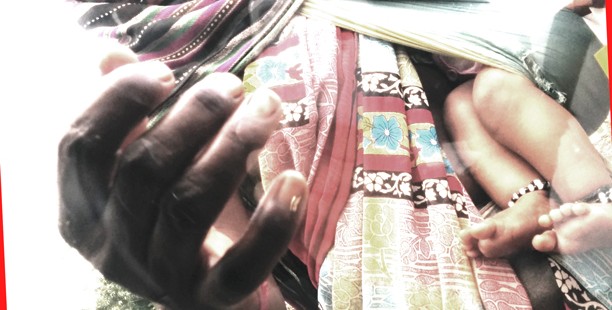 Can Beggars be Touchers? 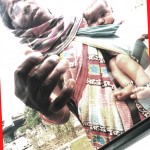 The beggars in Mumbai have been getting increasingly audacious and that’s no secret. When was the last time you were in a rickshaw or on a bike and approached by a beggar? Or perhaps been approached by one knocking on your side screen while in a car? Did you notice something strange? When did it become OK for a stranger on the road (in this case a beggar) to repeatedly touch you, tap you, sometimes even caress your arm?

I’m sure most of you Mumbai folk have experienced these 2 incidents:

1. About a week ago, while waiting at a traffic signal, I spot this immaculately dressed lady in a rickshaw, on her way to work from the looks of it. A fairly grown up beggar (boy), maybe 9 years old, walks up beside her and begins to tap her thigh asking for money. The lady grimaced and moved her thigh away. This just made the beggar boy tap harder and more frequently. Every single time the lady would grimace, gesture at him to go away, even sway her arm. We were at that traffic signal for about a minute and a half, by the end of which the woman, looking very disturbed, dished out a few coins just to send the guy away and probably got touched 20 times by a complete stranger in the process. So, can beggars be touchers?

2. I’ve been approached by beggars at traffic signals a lot. They walk up to the side of the car and begin knocking on the glass. If you ignore them, the knocks become more furious and frequent. In fact, every once in way you find a beggar with a metal bowl who doesn’t think twice before tapping the bowl on the glass, even the side of the car. But this next guy takes the cake. A kid walks up to the glass, sticks his face to it and unintentionally gives my side screen a spit-shine, all this while knocking on the glass. Can beggars be touchers?

Before the human rights activists and social equality bugs start drawing their conclusions, ask yourself a very basic question. If both of the above incidents happened with a well dressed 9 year old boy from your neighbourhood in place of a beggar, how would you react to the situation? Would you be OK with him repeatedly touching you and chipping paint off your vehicle?

There is enough pointing to the fact that beggars in large cities like Mumbai and Delhi are an organised group. We have learned to live with that. I agree that in a democracy, much responsibility of the plight of citizens who beg lies with a democratically elected government itself. There’s no doubting the fact that the people who beg are in distress and deserve rehabilitation. However, in the interim, when did it become OK for strangers on the streets to touch us, mess around with private property, even spit on it?

For the people who choose to pay a beggar, it should be a freely arrived at decision, not one forced out of harassment and for the want of a better word, molestation. Can beggars be touchers? I think not!