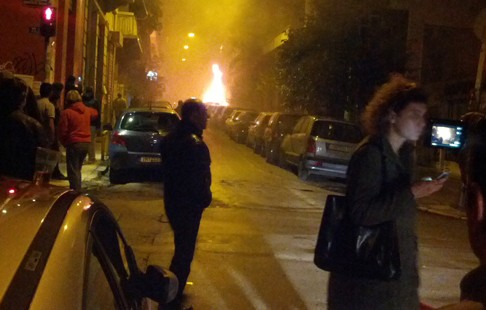 So I was recently at Athens, undoubtedly one of my favourite places food wise, weather wise, people wise! And I was nothing short of shocked. One keeps reading about the wonderfully pathetic situation the lawmakers have brought this beautiful city to, but when you see it first hand, it blows you away, makes you sad.

There’s nothing Europe about Athens anymore. Not long ago, say just about 10 years ago, the word Europe for an Asian meant cobblestone sidewalks, clean air, balanced ecology, public works and the associated maintenance at its best! At Athens, its all gone. There were times when I felt like I was walking through the most written-off back alleys of Bangkok with open, overflowing garbage cans (wet), graffiti galore and the homeless scavenging for food. 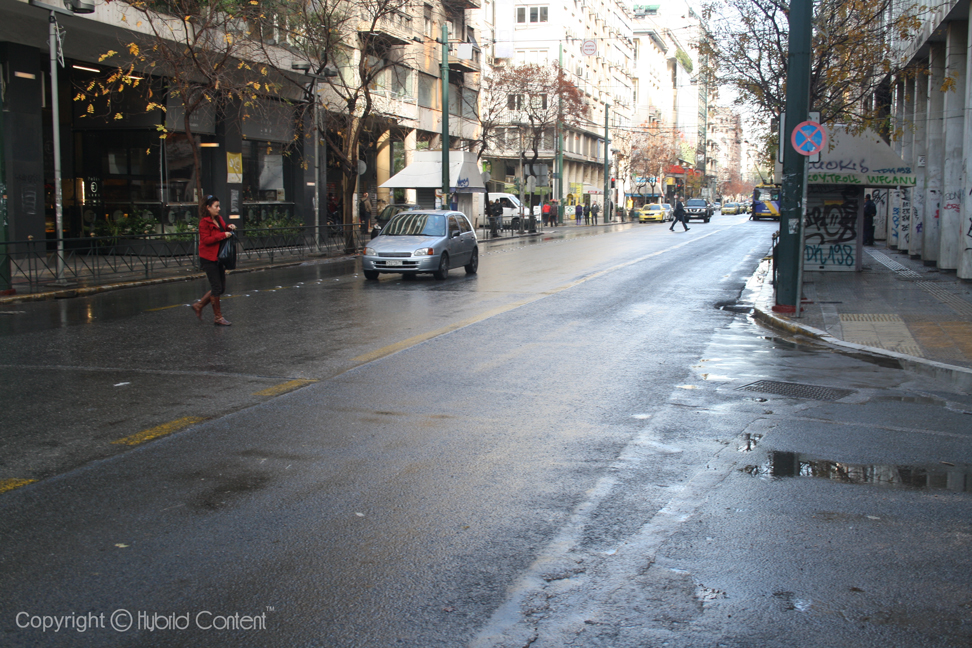 The street to the left was once one of the busiest in Athens with high end brands decorating the avenue and shoppers galore. Today, the shutters are down, the shoppers are all gone and the brands have all but dried up. Now all one can spot is a Mobile Phone store here and there with a very Asian look and feel to it. While entrepreneurship is appreciated in any form and by anybody, especially in a place as financially battered as Greece, a lot of these small businesses are taking away from the European look of the city. 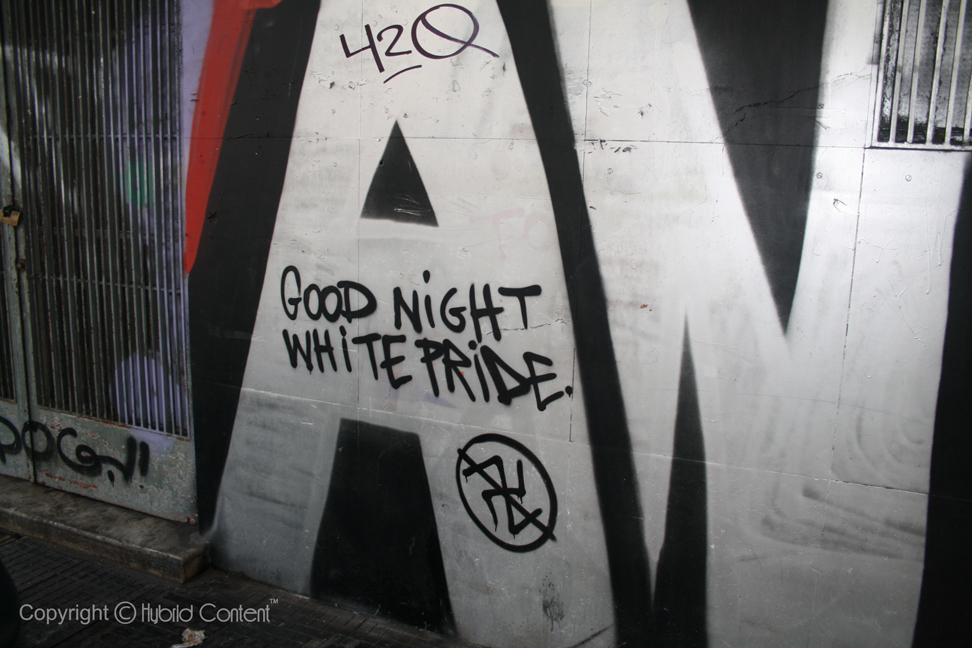 Its funny how graffiti, while controlled can actually be quite artistic, but in a place like Athens echos the sentiment of the average poor man on the street. A few years ago I would have considered graffiti of this sort very offensive, but given the situation Athens is in and owing to uncontrolled immigration across the board, can we really blame them for act like this one? 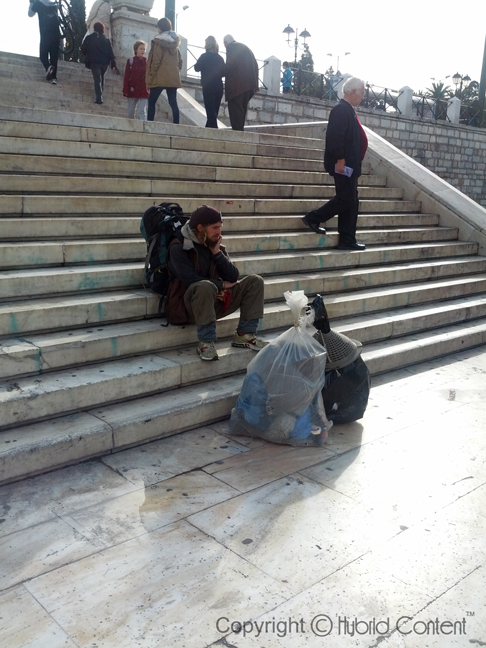 When did we start seeing this in Europe? And not just one or two, hundreds of them! The bearded vagabond with a seemingly mistimed case of Parkinson’s disease, a rug sack, some trash bags walking aimlessly around the city has become a regular feature in Athens! 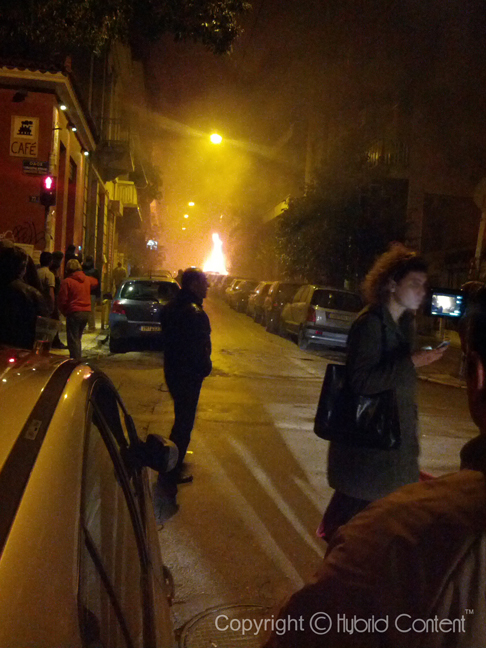 I stepped out for a bit in the evening to get a Shorma Roll from the restaurant down the street and guess what? 2 students from the community college decide to set a high end car on fire. Why? They were seemingly ticked off with the unprecedented rise in tuition fees. It took the Fire Department and Law Enforcement more than 20 minutes to get there! What’s worse, the local student population seemed to be enjoying the spectacle.

The European Athens I knew is almost all gone. That being said there still is tourist value at Athens with Syntagma Square’s change of guard ceremony and the famous Parthenon. While signs of poor maintenance have begun to become obvious in these places as well, one can only hope Greece does a turn around in the near future. That of course, never stops me from wanting to go back to this beautiful city again and again and again!