Silver Bullion investment as a hedge against inflation 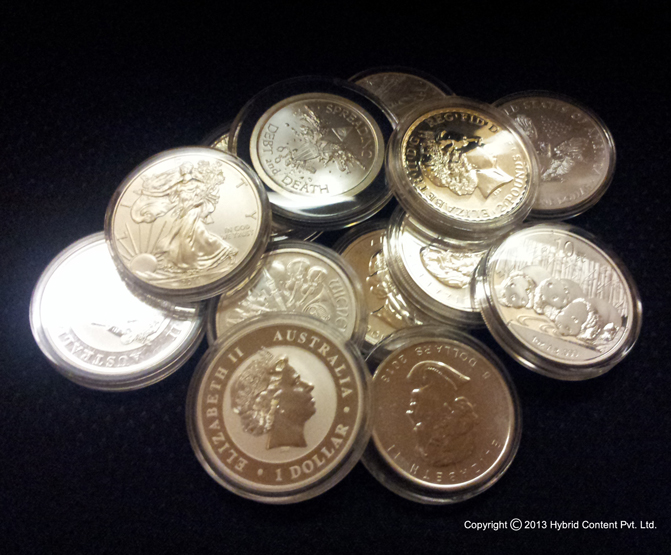 They say all that glitters is not Gold. What could be further from the truth when the next best investment option namely Silver Bullion stares us right in the face?

Of late, the world is in financial trouble. They say the world is in debt a few trillion dollars. Thanks to badly managed government deficit spending coupled with a US dollar which is the world reserve currency being backed by nothing but debt and faith our purchasing power continues to slide by the day. So what’s the solution?

In a world where currency isn’t safe anymore and the US dollar is on the world of collapse, Gold and Silver, precious metals in general offer a ways out. History has it, every single fiat currency in the world has always gone back to its intrinsic value, zero. On the contrary, Gold and Silver have been used as money, a store of value for over 5000 years and continue to gain in value. For investors who think Gold is a little beyond their reach with prices hovering around $1500 an ounce, Silver offers a brilliant investment opportunity. At $30 an ounce, Silver is very undervalued and is setting itself up for an explosive rally in the near term.

Historically, Gold and Silver have been known to be stores of value and a very good hedge against inflation. The 2 most famous Silver Bullion coins are the American Eagle and Canadian Maple Leaf silver coins. Both are available in various weights but the most famous are the 1 oz coins. Apart from the Silver Eagles and Maples, one can also opt for other government issued bullion coins. All of the government issued bullion coins carry a face value and are all designated legal tender currency. Private mint coins are typically called rounds and can be bought at prices lower than government issued coins i.e. their premiums over the spot value of the precious metal are relatively low.

Quick Fact: Historically, the Silver to Gold ratio has always maintained a 1:16 semblance. By that logic, given Gold is approximately $1200 an ounce, silver should be right around $75 an ounce if we were to just go by that ratio.